Was a Dutch painter, sculptor, and poet. He started painting at the age of fourteen and studied at the Rijksakademie in Amsterdam in the 1940s. He was one of the founders of the avant-garde movement Cobra in 1948. He was also an avid sculptor and has had works featured in MoMA and other museums worldwide.

Animals were among Karel Appel’s most beloved subject matter, and the CoBrA artist depicted birds, dogs, snakes, caterpillars, fish, crocodiles, and elephants throughout his career. His favorite animals to paint were cats, which the artist vivaciously portrayed through wide, multi-hued brushstrokes that transformed the pet into abstract forms. For Appel, painting these creatures was an instinctual and even animalistic act. “I never try to make a painting,” he explained in 1956. “It is a howl, it is naked, it is like a child, it is a caged tiger.” In 2012, Appel’s Two Birds and a Flower (1951) set the auction record for the artist, selling for over $950,000 at a Christie’s auction.
A founder of the CoBrA association of painters, Karel Appel rendered expressionist canvases with vibrant color, violent brushwork, and thick application of impasto paint. The artist derived much inspiration from primitive art and children’s drawings, and was influenced by contemporaries such as Jean Dubuffet, the major exponent of Art Brut. Though Appel is primarily known for his paintings that combine elements of both figuration and of abstraction, the artist also experimented with relief paintings, sculpture, and design.

You can Buy  Karel Appel's  Selected Artworks Below 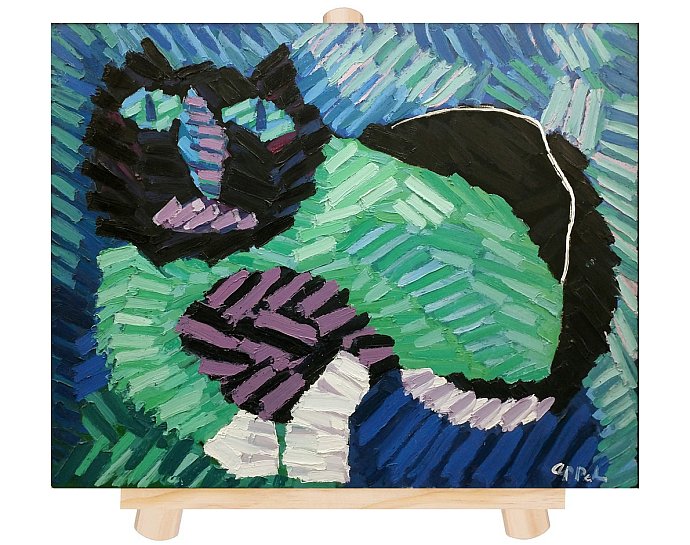