Alexej von Jawlensky primarily painted archetypal portraits in an increasingly abstract style, eventually reducing the face to simple geometric forms in contrasting colors. Earlier on, his portraits, landscapes, and still lifes drew inspiration from Wassily Kandinsky—with whom he helped form “Der Blaue Reiter” (The Blue Rider)—as well as the Fauves (especially Henri Matisse) and the Neo-Impressionists, particularly with respect to the use of vibrant color. As he adopted a progressively more Expressionist style, he began to focus solely on the human face as an object of religious meditation. These simplified spiritual portraits stemmed from the piety of his Russian Orthodoxy, elevating his work to a sort of modern religious iconography. He painted these “Meditations” exclusively toward the end of his life, during which time he suffered from debilitating arthritis.

You can Buy  Alexej von Jawlensky's  Selected Artworks Below 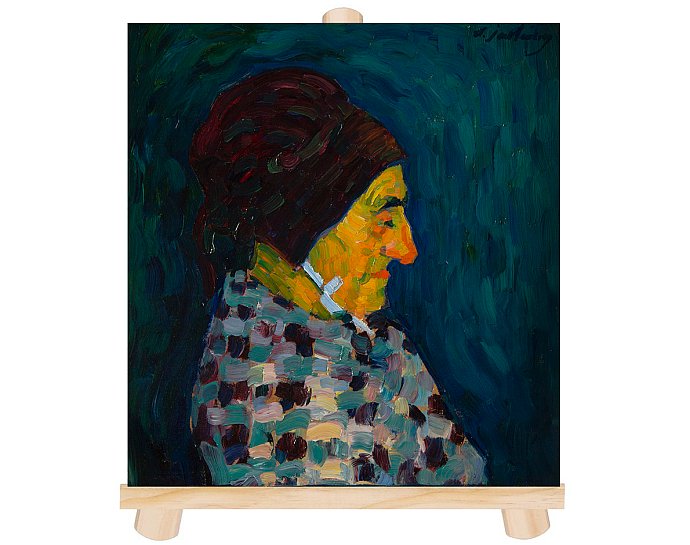